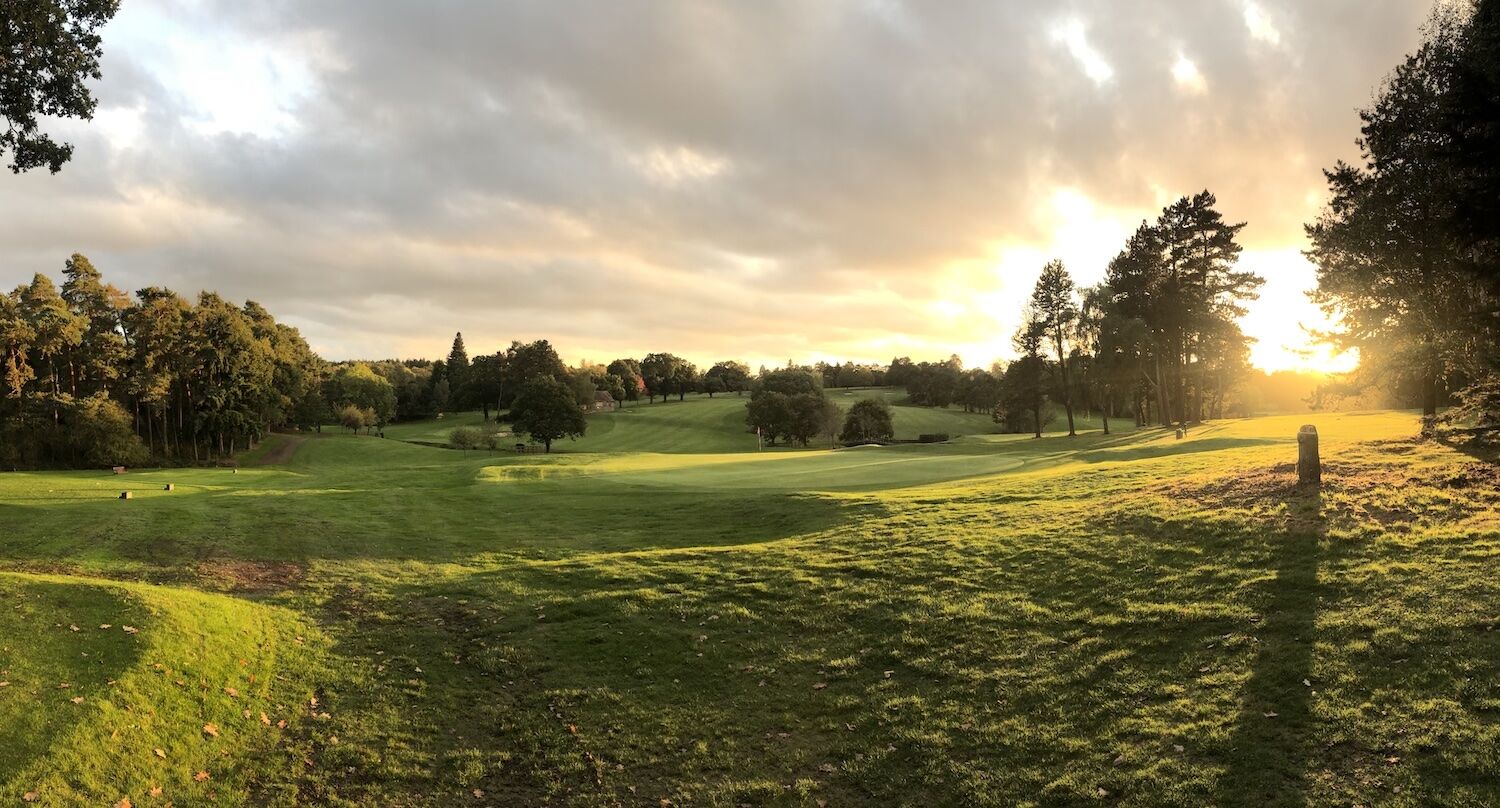 In 1899, when Radlett was a sleepy hamlet in a heavily-wooded valley along the old Roman road between London and St Albans, a band of intrepid local residents founded a golf club in the grounds of the local “Porters” mansion. This became one of the earliest courses to be established on the north side of London. With Radlett being served by the railway, the fledgling golf club soon became a popular retreat for professional gentlemen from the City.

In 1902, it took the name of Porters Park Golf Club and even in its early days, there is evidence that it was well run and soundly administered. It quickly became established as a leading venue for amateur and professional events. The clubhouse began as a small wooden hut, being considerably extended in 1903.

In the first and second world wars, part of the course was used for growing crops, such as potatoes and hay, and for grazing cattle and sheep. Regular events were held to entertain wounded soldiers. The names of the members and staff who fell in both wars are commemorated on an oak panel in the lounge.

The clubhouse was damaged by a serious fire in 1954 with much of it having to be rebuilt. A large scale club house extension was completed in the spring of 1990 enhancing the club's facilities for members and guests alike, and providing spectacular views across the course from the lounge, restaurant and bar areas.

Porters Mansion can still be seen from various high points on the course, the first green and the thirteenth tee in particular. The Mansion now has been converted into high end apartments. When Porters was a private house the main carriage drive came from Shenley Lane across the eighteenth fairway and continued down between the fourth and fifteenth fairways along the line of the oak trees over the stream and up to the house. The Ice House on the right of the third fairway is therefore quite close to the driveway so a horse and cart could easily be use to convey ice to the house on a weekly basis .

Obstacles from World War II still survive on the tenth hole and the remains of a fortified hexagonal pillbox can be seen next to the path down to the fourteenth green.

Famous past members include Samuel Ryder, creator of the Ryder Cup, and two past Walker Cup players, Brian Chapman and Peter Townsend, with Peter having played in both the Walker Cup and Ryder Cup teams as well as assuming the mantle of Captain of the PGA. Visitors have included a number of sports, film and show business personalities including Sean Connery, Henry Cooper, Des Lynam and Gary Lineker.